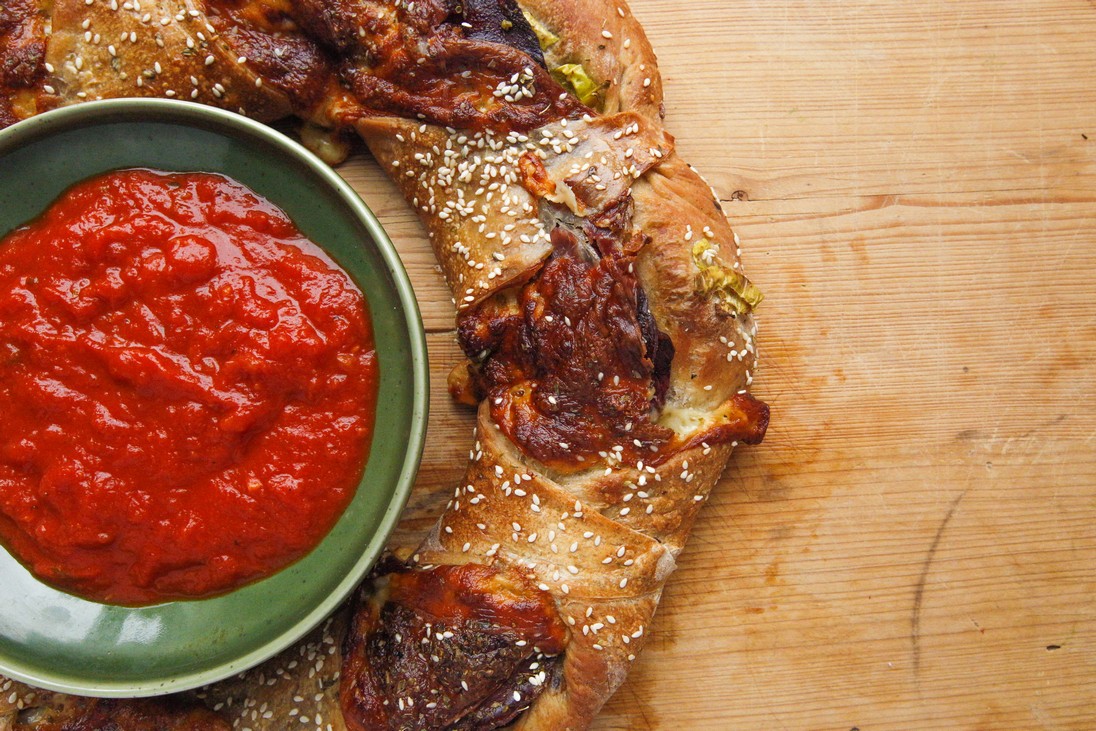 Roll out the pizza dough on a piece of parchment paper with a rolling pin to about 16- to 18-inches in diameter. Using a pizza cutter or a paring knife, make three 4- to 5-inch cuts in the center of the dough (so it looks like a snowflake!).

Place the pepperoncni in a circle around the center cuts, leaving 1-2 inches of edge around the outside. Top the pepperoncini with oregano, salami, sweet coppa ham, hot coppa ham and provolone. Pull one point from the center of the dough and fold it over the filling and connect it to the outer edge of the dough. Whisk egg with a splash of water and, using a pastry brush, brush the entire dough with egg wash. Sprinkle with sesame seeds and bake until brown, about 18-20 minutes.

Serve with warm marinara sauce in a bowl set in the center of the stromboli “wreath.”

It's a fall party! We're LIVE with Grant and Jeanette cooking up our favorite dishes for our favorite season. As always, ask us your questions and share your thoughts in the comments, and we might give you a shout out!

Posted by The Rachael Ray Show